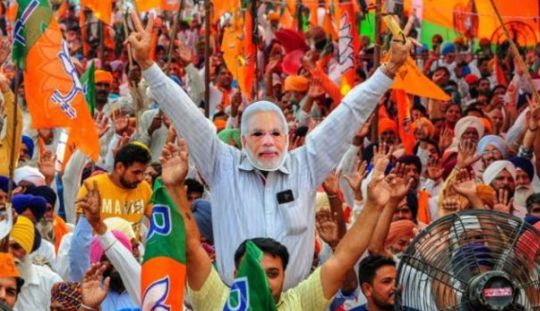 Nation First News:   Something unprecedented happened in West Bengal a couple of days ago. The BJP captured the Bhatpara Municipality in North 24 Praganas district after 13 out of 23 Trinamool Congress Councillors joined the saffron party. This is the first time BJP won a Municipality in Bengal.

The Bhatpara victory signalled at BJP’s aggressive posture towards the goal of winning Bengal in 2021. After winning 18 out of 42 Lok Sabha seats in West Bengal, the BJP seems to be on a rampage and leaving no stones unturned to cause a major upset in 2021.

Not only Bhatpara, Trinamool Congress is facing a crisis in Nahihati Municipality too where 14 out of 24 of its Councillors had joined BJP on May 28. It won’t be a surprise if BJP captures it’s second urban body in Bengal and then go on an offensive across the State. Mamata Banerjee is definitely bracing for more trouble in the coming months.