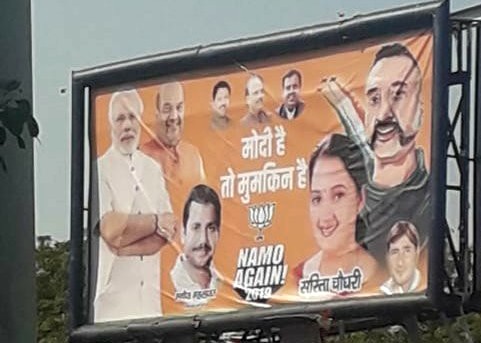 It was clear from Day 1 that BJP would leave no stones unturned to use ‘Surgical Strike 2.0’ in its poll campaign so that other development related issues remain untouched, the latest posters put the party in an embarassing position.

Using Wing Commander Abhinandan’s photo in election posters by BJP leaders, has not gone down well even with the die-hard supporters of the party. After Delhi BJP Chief Manoj Tiwari sought votes wearing an Army uniform, this poster of BJP leaders with Abhinandan in one frame, has drawn flak from all quarters

While the Election Commission remains spineless over the years, it would be interesting to see how far BJP would go in this election to exploit the emotion of common people and how the latter would respond to this policisation of India’s defence forces.