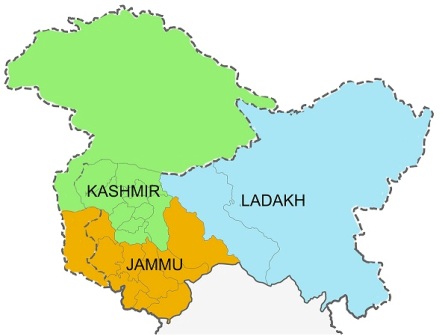 Nation First News: The Jammu & Kashmir last witnessed delimitation of Assembly segments in 1993. Next was due in 2002, but was put on hold by the National Conference Government led by Farooq Abdullah till 2026 for political reasons so that their domination over the region is not affected.

If the new delimitation occurs on the basis of population, Kashmir will get less seats than Jammu. That would change the political landscape of Kashmir forever. Jammu & Ladakh (combined) have more population than Kashmir. Currently, the Kashmir region has 46 seats, Jammu 37 and Ladakh only 4 seats.

Politicians as well as Separatists have exploited the people of the Valley for their personal and political gains. But, once Jammu & Ladakh get more seats than Kashmir, things will change. Message is loud and clear – If you are not with India, you will get less representation. You can’t take things for granted for long.