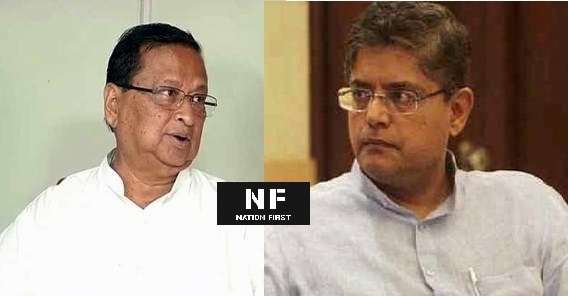 NF Bureau: Putting all political differences aside, he stood by former MP Baijayant Panda through thick and thin. Starting from paying last respect to Jay Panda’s father Dr. Bansidhar Panda to backing him when IMFA was targeted, PCC President Niranjan Patnaik always tried to show that ‘he cares’.

He left no stones unturned to take Jay Panda into Congress fold. Only a few weeks ago, it looked certain that Baijayant Panda will contest as an independent candidate with Congress support.

But, things changed dramatically after the Balakot Airstrikes. The narratives changed across the country, which made it easier for Jay Panda to jump into the Lotus pond.

But, what came as a bigger surprise was Niranjan Patnaik’s outburst. He tweeted immediately taking a dig at BJP leadership and Jay Panda and went to the extent of terming the former MP a patron of ‘Black Money’.

The Indian Express did a story on Shri Baijyant Panda’s offshore accounts on February 8th. Within a month, he is the member of the BJP. Looks like Modiji and Shri Amit Shah won’t stop until they bring all the “black money” back to the BJP. 🙂

Although Jay Panda has not responded to Niranjan’s tweet yet, it’s believed that Niranjan is highly upset as he lost Jay’s support in the eleventh hour.