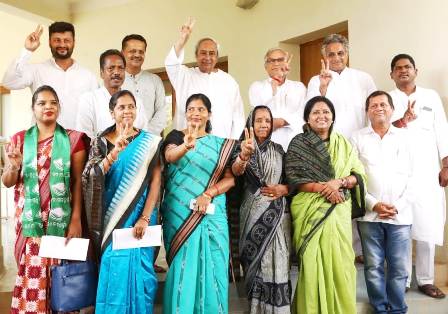 By Amarendra Mohanty: He is unbeatable & unstoppable! His continual electoral success is unbelievable. He will create history being sworn as CM of Odisha for a 5th consecutive term. India’s longest-serving CM Pawan Chamling of Sikkim was recently voted out of power after completing 24 years in the office. Mr. Patnaik will be one of the longest serving Chief Ministers of India after completion of this tenure. He is very calm, composed and an able administrator who never tasted a defeat yet. Mr. Naveen Patnaik, the most charismatic leader of Odisha who has never looked back after taking oath as CM in 2000.

Naveen Babu who has the repute of successfully handling natural storms was able to prevent TsuNaMo affecting his party BJD in 2014 & 2019 in the state. He stands tall against a very highly equipped opposition party BJP which is rich in resources, manpower, materials, method, mechanism, and strategy. Brand Naveen was again proved to be unaffected against Modi Tsunami and Modi Magic. His simplicity, ‘Mr. Clean’ & ‘Gentleman Politician’ image and political decency kept him far ahead in comparison to his opponents.

Naveen’s decision to field 7 women candidates (33% of total seats) for the Lok Sabha elections brought his party rich dividends. Contesting from Bijepur assembly segment which falls under western Odisha helped his party to stop the saffron surge in assembly segments though BJP bagged all 5 Lok Sabha seats in the region. He stands tall with the overwhelming support from his strongholds southern and coastal, western and north region. His resounding victory is largely attributed to its governments ‘cradle to grave’ welfare schemes and KALIA, the newly launched scheme for farmers before the election.

No. of seats in Assembly Elections by the major parties since 2000.

One interesting pattern is to be noted before each election few heavyweights either revolted against party chief or was shown the door by Naveen but it has never impacted him or his party. Bijoy Mohapatra was expelled from the BJD in 2000. Ram Krushna Patnaik, Nalini Mohanty was suspended from BJD before 2004 election. Braja Kishore Tripathy, the former central Minister was shown the door before the 2009 election. Pyarimohan Mohapatra was suspended from the BJD in 2012. Baijayant Panda was suspended from BJD in 2018 and Damodar Rout was expelled from the party before 2019 election. Mr. Patnaik rightly said “As long as the people of Odisha are with me, I shall never feel threatened.”