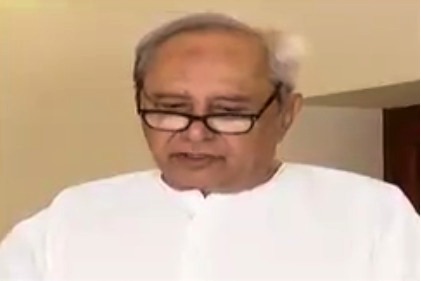 Naveen introduced all 9 Lok Sabha candidates by giving a brief details about them. When Anubhav’s turn came, not only he gave a good introduction, but also said, “He (Anubhav) will only work for the interest of people in Kendrapara. He does not have anything to hide in his affidavit like drawing salary and working for a mining company”.

Naveen’s affidavit reference to Baijayant Panda, against whom the BJD brought allegations of “false information” only after he was suspended from the party in January 2018. Journalists and Political Pundits were surprised the way Naveen used the occasion to slam Baijayant Panda.

It’s believed that Naveen is not only angry with Baijayant Panda, but also has some hatred feelings towards him. He would leave no stones unturned to make Jay Panda’s victory difficult in Kendrapara, it’s believed.

“Didn’t think Naveen wd stoop so low. He of all ppl should be aware of my family’s 60 yr old industry, with which late Biju uncle was very familiar, & dependent, for decades. Also, i have never been involved in granting mining leases to companies one year before they were formed,” he tweeted.

The battle between Baijayant Panda (BJP) and Anubhav Mohanty (BJD) would be the most high-voltage contest in Odisha Elections. Barring 1952, Kendrapara has been a fort of all non-Congress and non-BJP parties. Late Biju Patnaik won this seat thrice – 1977, 1980 and 1984. When Congress swept Odisha by winning 20 out of 21 seats in the state after Indira Gandhi’s assassination in 1984, it was Biju Patnaik, who stood tall to win Kendrapara for Janata Party and prevented a complete rout.

It would be interesting to see if Baijayant Panda breaks the jinx and win the seat for BJP by creating history.

Bijoy Mohapatra stays back in BJP