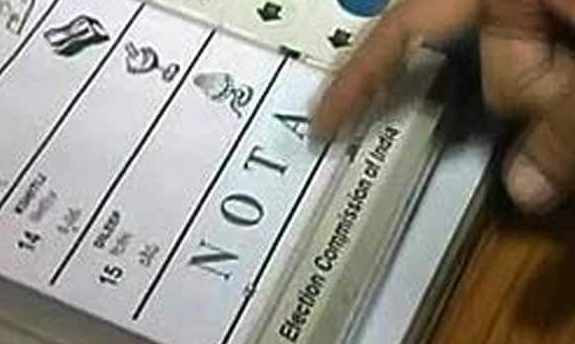 Nation First News:   The tribal-dominated Nabarangpur Lok Sabha constituency witnessed high voltage contests in 2014 as well as in 2019. And, the decisive factor remained NOTA, given the victory margin in both elections. In 2014, BJD candidate Balabhadra Majhi defeated then Congress MP Pradeep Majhi by a narrow margin of 2,042 votes. And, 44,408 people had opted for NOTA – probably highest in the country. Is it ignorance or sabotage by Maoists, nobody knows. Certainly, it’s not based on judgement.

In 2019 elections, Ramesh Chandra Majhi (BJD) won Nabarangpur Lok Sabha seat by a margin of 41,634 votes. This time too, Pradeep Majhi finished on the losing side. And, 44,449 people opted for NOTA. The Election Commission is yet to answer why Nabarangpur Parliamentary Constituency is witnessing such a surge in NOTA votes. It may launch a probe to look into the matter and take corrective steps, including awareness if any.