Resentment over denial of ticket to Subash Chouhan in Bargarh 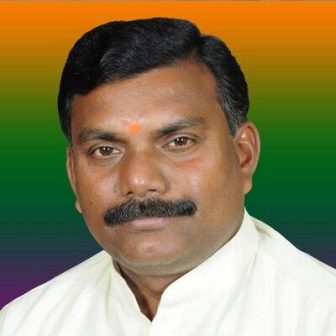 NF Bureau: In 2014 general elections, when the counting of votes began, BJP took a lead in Bargarh Lok Sabha and continued its lead throughout the day before the BJD candidate took over in the last few rounds to win by a margin of 11,178 votes.

Despite losing the polls, Subash Chouhan continued to nurture the constituency in every possible manner and never stayed away from the people. His mass outreach made him very popular in the region and it was expected that he would have a real winning chance this time.

However, BJP sprung a surprise by fielding senior leader Suresh Pujari from the seat, ignoring Subhash Chouhan. Suresh had lost from Sambalpur seat in 2014 despite strong Modi Wave across the country. The main fight in Bargarh would be between Prasanna Acharya (BJD) and Suresh Pujari (BJP). However, many in BJP are not happy with the decision to replace Subash Chouhan. Their anger, frustration and resentment may not augur well for the party.

Many have expressed their disapproval on Social Media platforms, including Twitter. Protests have been reported from various parts of Bargarh Lok Sabha constituency today after the announcement of announcement.

It is not yet clear how the BJP is going to rehabilitate Subash Chouhan to pacify him, his followers and core voters. Any kind of revolt in Bargarh BJP at this point of time, would be detrimental to the party’s prospects in this Parliamentary seat.