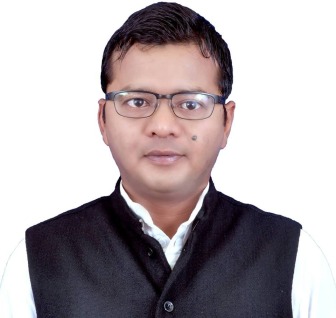 NF Bureau:  For the first time since 1972, Congress Party is going to field a candidate outside the Gamang family in Koraput Lok Sabha constituency. Before the Gamangs came to picture, it was veteran Congress leader Late Ramachandra Ulaka, who held this seat twice in 1962 and 1967. Now, his son Saptagiri Ulaka is all set to contest from this seat.

In 2009, Jayaram Pangi broke the jinx and won it for BJD. He is now in BJP. Jhina Hikaka won from Koraput in 2014, defeating Giridhar Gamang by little over 19,000 votes. Congress had secured 375,781 votes in 2014. Being a highly qualified techie, who also enjoys the rapport of being the son of late Ramachandra Ulaka, Saptagiri Ulaka is considered as the best bet of the Congress in Koraput, the seat the party eyes to regain.

Saptagiri’s father Ramachandra Ulaka was a two-time MP from Koraput, seven-time MLA from Rayagada and also held several portfolios as a Cabinet Minister in Odisha Government. His mother Ratnamani Ulaka is a AICC/PCC Member and is the Vice President of Mahila Congress Committee, Odisha.

Saptagiri, a Software Engineer by profession, had worked as a Senior Project Manager, Infosys in USA. He had also worked with top firms such as Ranbaxy, HCL Technologies etc. An ICSE Topper in undivided Koraput district in 1994, Saptagiri had won several awards during his stint with various software firms.

Saptagiri held some important position in Odisha Congress, including the General Secretary of Odisha Pradesh Congress Committee (SM&DC) and State Convener, Social Media, Pradesh Congress Committee, Odisha. He worked extensively in the Zilla Parishad elections 2017 and helped Congress win 10 out of 22 ZP seats. Incidentally, Raygada was one of the two districts in Odisha where Congress formed the Zilla Parishad Council. He had also participated in the ‘Niyamagiri Bachao’ movement in the past.

It would be interesting to see whether Congress would regain its lost glory in Koraput through Saptagiri Ulaka? The BJP and BJD are yet to open their cards.