NF Bureau: A “leaked document” from a non-existent ‘State Intelligence Branch’ (SIB) Political Desk, triggered a political earthquake in Odisha on Monday. The report, first circulated on Social Media, made it to a Press Meet by BJP and was picked up by TV channels later.

Well, the Odisha DGP and then Odisha Police tweeted and issued press notes, claiming it as ‘fake’ and ‘fabricated’. The BJD too rejected the document. The Odisha Police later filed an FIR saying “there is no section in the Intelligence Directorate in the name of ‘SIB Political Desk’. Neither the letter has been issued from any of the offices of the Intelligence Directorate. There have been manipulation and fabrication of the purported letter”.

As it’s clear that there is no ‘State Intelligence Branch’ or ‘SIB’ in Odisha, who planted the letter that claimed to be a survey of CM Naveen Patnaik’s constituency, Hinjili? We decided to dig deeper and found some interesting stuffs.

The ‘SIB Political Desk‘ was fabricated during the 2018 Karnataka Assembly polls against then CM Siddaramaiah. Karnataka has SIB, but not any Political Desk. The heading in both letters in Karnataka and Odisha is same: ‘Review of Assembly Constituencies by SIB, Political Desk‘. The first paragraph is also copied without any edit. 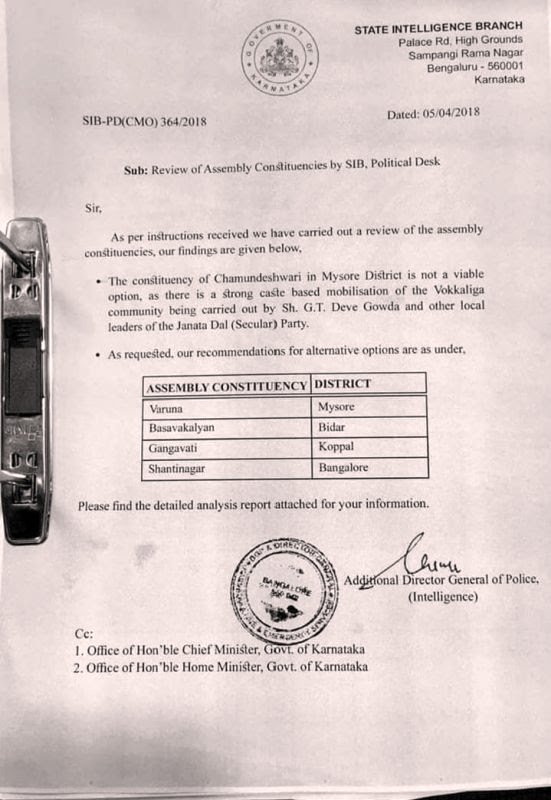 The Karnataka CMO had ordered a probe into the “fabricated letter” then. The Odisha Police has now launched an investigation into the matter. Seems there is a Karnataka connection to the entire saga or it was planted at a higher level. Truth will come out once the investigation is over.