The MLAs who can put BJD on back foot in Assembly 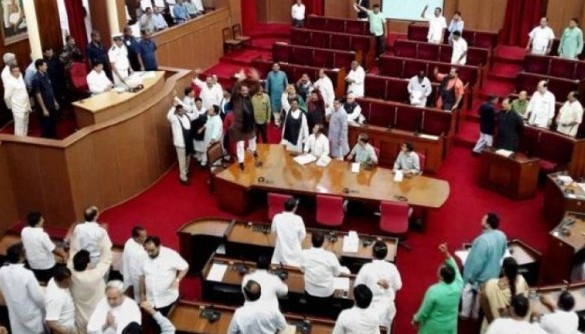 Nation First News:  As we know the ruling Biju Janata Dal (BJD) retained power in Odisha with an overwhelming majority. They won 112 out of 146 seats, leaving the remaining 34 seats to others. The BJP (23) has emerged as the main opposition party, but most of its senior leaders, including KV Singhdeo, Pradeep Purohit, Murali Manohar Sharma, Surama Padhy and Radharani Panda lost the polls. Some young leaders, who were expected to win, failed too. They included Biswa Mallick, Sarada Pradhan, Bibhuti Jena, Irasis Acharya and Jagannath Pradhan.

Key Congress leaders including Niranjan Patnaik, Jayadev Jena, Chiranjib Biswal and Prasad Harichandan failed to enter the Assembly. However, when it comes to firework in the Assembly, it would be the Congress, which would take the lead although BJP remains the main opposition party. While Congress stalwart Narasingha Mishra retained his Bolangir seat, 5 other firebrand Congress leaders won their seats against all odds. They include Suresh Routray (Jatani), Tara Prasad Bahinipati (Jeypore), Santosh Singh Saluja (Kantabanji), Mohammad Moquim (Barabati-Cuttack) and Ramesh Jena (Sanakhemundi).

Apart from these firebrand leaders, BJP leaders Jaya Narayan Mishra (Sambalpur), Pradipta Nayak (Bhawanipatna), Bishnu Sethi (Dhamnagar), Jayanta Sarangi (Puri) and Sukanta Nayak (Nilagiri) would leave no stones unturned to make the voice of opposition heard in the assmbly. It is believed that Sura Routrary, Tara Bahinipati, Mohammad Moquim and Jaya Narayan Mishra would play a key role in putting the Government on back foot although the BJD has a massive strength in the House.