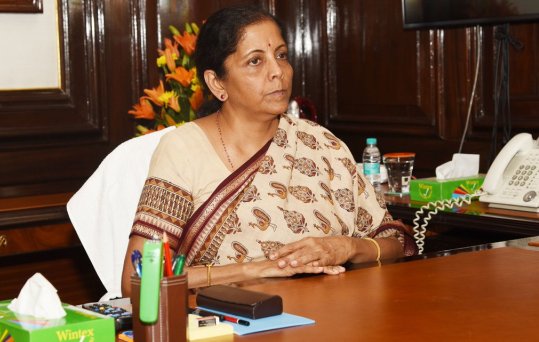 Nation First News:  Nirmala Sitharaman, the first female Defence Minister of the country has now taken charge of the Finance portfolio, only the second woman after Indira Gandhi.

She was the first woman to be appointed full-time Defence Minister of India in September 2017.

During Prime Minister Atal Bihari Vajpayee’s tenure in 2003, she became a member of National Women for Commission till 2005. 60-year-old Sitharaman has been serving as a Member of the Rajya Sabha since 2016.

Born in a middle-class family at Tiruchirapalli district of Tamil Nadu, former JNU student, Nirmala Sitharaman had joined the BJP in 2008, rose in the ranks of the Bharatiya Janata Party (BJP) and now became the Finance Minister.

The rise & rise of Nirmala Sitharaman