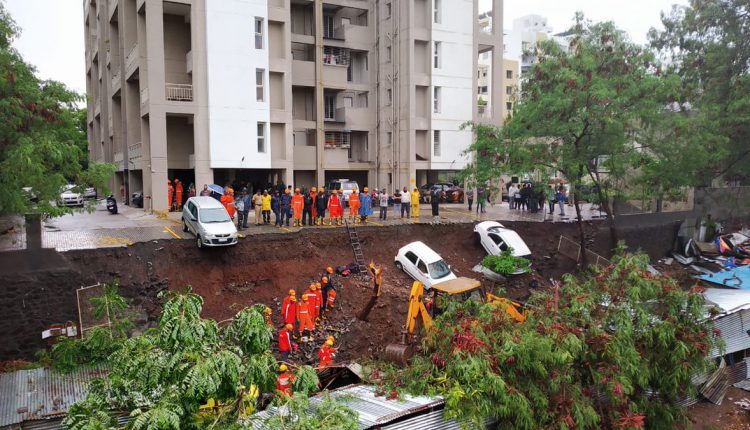 Nation First News:  At least 17 people including four children were killed after a wall of a residential complex collapsed on shanties near talab masjid in Kondhwa area in the wee hours on Saturday following incessant rains in Pune.

The shanties were set up for labourers working in a nearby construction site. Most of the deceased were reportedly labourers from Bihar and Bengal.

Expressing grief over the incident, Maharashtra Chief Minister Devendra Fadnavis announced a compensation of Rs 5 Lakh each to the next of the kin of the deceased and Rs 50,000 for those injured.