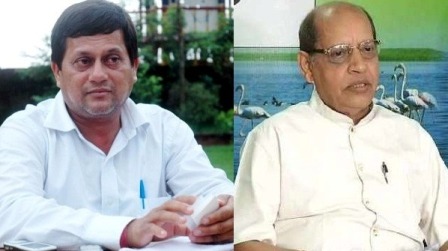 Dr. Achyuta Samanta, who was sent to Rajya Sabha last year, would contest the polls from Kandhamal Lok Sabha seat. Earlier, there were reports that his sister Dr. Iti Samanta would be the candidate, but it was Achyuta who got the final nod. Dr. Samanta has been very popular among Tribals and Christians. He may not find much difficulties to win the polls from Kandhamal.

Another Rajya Sabha MP Prasanna Acharya, who was sent to the Upper House in 2016 after he lost the 2014 assembly polls, has been fielded from Bargarh. Bargarh is considered as a stronghold of BJP where BJP candidate Subhash Chouhan lost the polls by a narrow margin in 2014. With CM Naveen Patnaik contesting from Bijepur and former Jharsuguda MLA Naba Das in BJD fold, Prasanna Acharya may sail through although it would be a close contest between BJD and BJP.

If both Achyuta Samanta and Prasanna Acharya win the Lok Sabha polls and a few more join them, BJD will have a few vacant slots to accommodate dissidents or disgruntled leaders who will fail to get a ticket in this election.