41% Polling reported in Odisha by 1 PM 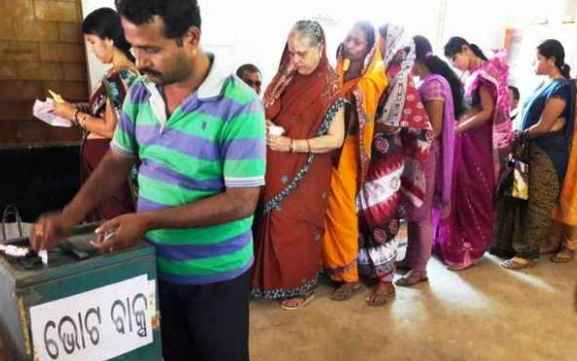 NF Bureau:  At least 41% polling reported in Odisha in the first phase elections as per the data received by 1 PM today. Voting will end in 20 out of 28 Assembly segments at 4 PM, as they fall under sensitive zones (Maoist infested).

Nabarangpur has recorded 45% voter turnout till 1 PM. Berhampur (43%), Koraput (42%) and Kalahandi (39%) are the other constituencies that are going to polls. The CEO clarified that voting resumed in all booths after some initial technical glitches and things are under control.

According to reports, rigging has been reported from some areas in Chikiti assembly segment under Berhampur Lok Sabha Constituency. BJP Candidate Manorankan Dyansamantara has alleged assault by some hooligans.