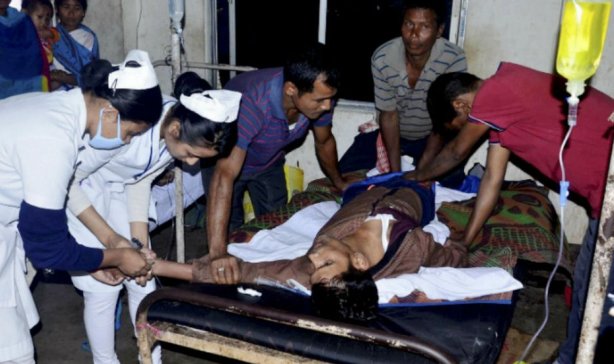 —    Board of Secondary Education (BSE) President Jahan Ara Begum denies reports of English matriculation paper going viral on social media in Odisha, says it a rumour. She also clarifies that Photo of the question paper displayed on social media doesn’t match with the original one.

—    Odisha government hikes Dearness Allowance (DA) by 3% for all Govt employees with effect from January 2019.

—    Himachal Pradesh: Operations underway to rescue 5 Army personnel who are trapped after an avalanche (on February 20) at Namgya in Kinnaur district.

—    The pleas challenging the constitutional validity of the Article 35A (relating to the special rights and privileges enjoyed by Jammu and Kashmir) in Supreme Court listed for hearing this week from Feb 26-28.

—    CJI Ranjan Gogoi withdrew himself from hearing a PIL filed by NLCJTR against usual practice of designating lawyers as ‘Senior lawyers’.

—    Disqualification of 11 AIADMK MLAs: Supreme Court refuses to take up the matter urgently.

—    Uttar Pradesh: 17 sent to judicial custody for aiding mass-copying during Class 12 board exam.