All You want to know about Ashwini Vaishnaw 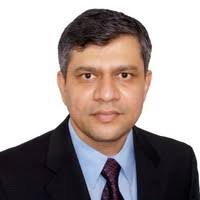 Nation First News: The BJP and BJD have sprung surprise today by naming Ashwini Kumar Vaishnaw as the unanimous candidate for Rajya Sabha from Odisha. While BJD was in a comfortable position to win all 3 seats, it opted to have Dr. Amar Patnaik and Dr. Sasmit Patra as its own candidates and backed BJP for the third seat – a clear signal that both parties jointly fielded Vaishnaw.

Ashwini Vaishnaw, a leading Infrastructure Leader, is a product of IIT Kanpur. During his tenure as an IAS, he served as District Collector of Cuttack from January 2001 till January 2003. He also served as Collector of Balasore.

Being close to both Late Atal Bihari Vajpayee and Odisha CM Naveen Patnaik, Ashwini Vaishnaw moved to the PMO and became PM’ Private Secretary in 2003-04 in the capacity of Deputy Secretary in PMO. He also held the post of Deputy Chairman of Mormugao Port Trust, Goa. It is believed that Vaishnaw played a key role to strengthen the BJP-BJD alliance.

As both BJP and BJD have jointly fielded him, Ashwini Vaishnaw is all set to enter the Rajya Sabha.