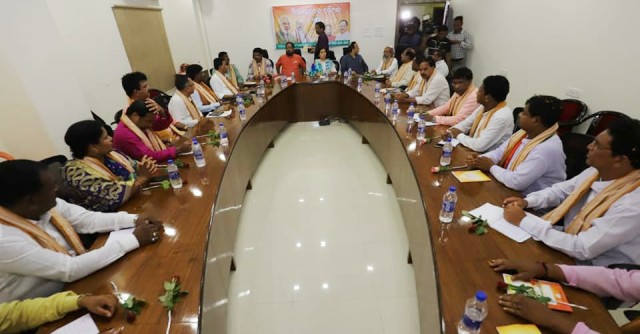 Nation First News:   After the BJP Legislature Party failed to choose a consensus leader to become the Leader of the Opposition, the decision was left to party’s National President Amit Shah. Some proposals have been given to him for consideration.

Shah may take a decision in a day or two. He will be intimated about all proceedings happened today in the presence of National Observer Saroj Pandey, Odisha In-Charge Dr. Arun Singh and Union Minister Dharmendra Pradhan & Pratap Sarangi.

Dhamnagar MLA Bishnu Sethi and Sambalpur MLA Jayanarayan Mishra are the front-runners to become of BJP’s Legislature Party in Odisha.