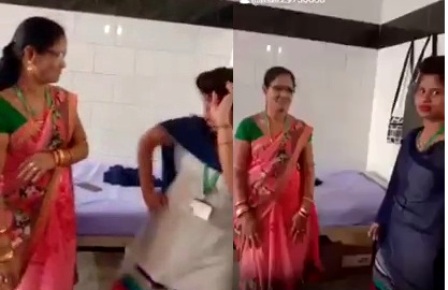 Nation First News:  After a TikTok video of group of nurses inside Sick and New Born Care Unit (SNCU) of the Malkangiri district headquarters hospital went viral on the social media, another TikTok videos of women attendants dancing inside the orthopedics department of SCB Medical College and Hospital in Odisha surfaced on Friday.

One of the attendants said she did not have any idea about the video. She was just standing while another girl was shooting the video. These attendants were employed by a private organisation to take care of patients at SCB.

However, SCB Medical and Hospital superintendent C.B.K. Mohanty said the matter will be probed.