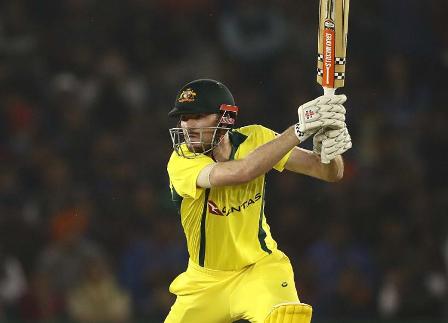 NF Bureau: Australian batsmen took the shine off Indian bowling in Mohali as they chased down a mammoth total of 358 to win the 4th ODI by 4 wickets and levelled the series 2-2 with one match to go. This is the highest ever successful run-chase against India by any team.

Earlier, India won the toss and elected to bat first. They posted 358/9 in 50 overs. Rohit Sharma was unlucky to miss out on a hundred, as he was out for 95. Shikhar Dhawan scored 143 off 115 balls. Rishabh Pant contributed 36. For Austtalia, Pat Cummins took 5 wickets, while Jhye Richardson took 3 wickets.

Australia made a very poor start, as they lost two wickets for just 12 runs on board. However, Usman Khawaja (91) and Peter Handscomb (117) consolidated the innings. Just when Indian started to smell victory after their departure, Ashton Turner scored an unbeaten 84 off 43 balls with 5 boundaries and 6 sixes to take the game away from India. It was his maiden fifty.