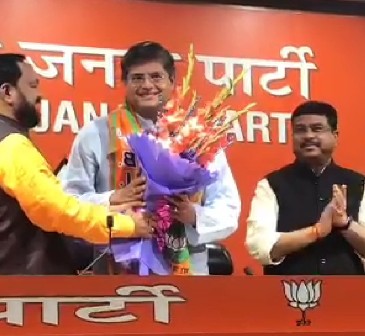 “Nine months of introspection & widespread consultations w/colleagues & public. Grateful for support received from all over. On auspicious #MahaShivratri I’ve decided to join @BJP4India & work under the leadership of @narendramodi Ji to serve Odisha & India to the best of my ability,” tweeted Jay Panda at 5:50 PM. 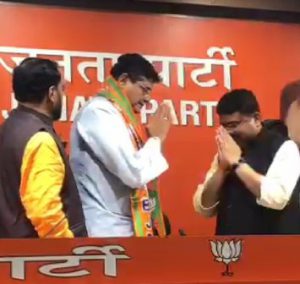 After joining the BJP, Jay Panda said it was a decision that was pending for 22 years ever since BJD was formed, as the initial decision was to join BJP only. He also expressed confidence and trust in the leadership of PM Narendra Modi and BJP President Amit Shah. Expressing concerns over the current state of affairs in Odisha including large-scale corruption and atrocities against women, he vowed to fight in the best interest of the people in the state.

Baijayant Panda, who had been a Rajya Sabha MP for two terms, had won from Kendrapara Lok Sabha seat in 2009 and 2014 on a BJD ticket. However, after falling out with the party leadership and a powerful group, he was at the receiving end. He was even attacked with stones, bricks and eggs by some hooligans linked to BJD leaders in Mahanga in June 2017.

In January 2018, Odisha CM Naveen Patnaik suspended Baijayant Panda from the primary membership of the party, saying the latter has been directly and indirectly indulging in activities aimed at weakening BJD. However, Jay always maintained that his fight was against the system, not against the party or leadership.

Jay Panda quit BJD on May 28, 2018, expressing deep pain and anguish over the way Odisha Chief Minister Naveen Patnaik & BJD leaders treated his father Dr. Bansi Panda after his demise. He quit as a Lok Sabha MP on June 12, 2018.

In the run up to 2019 Lok Sabha polls, BJP got a big boost by inducting Baijayant Panda into the party. He would be in a position to help the party in various ways.