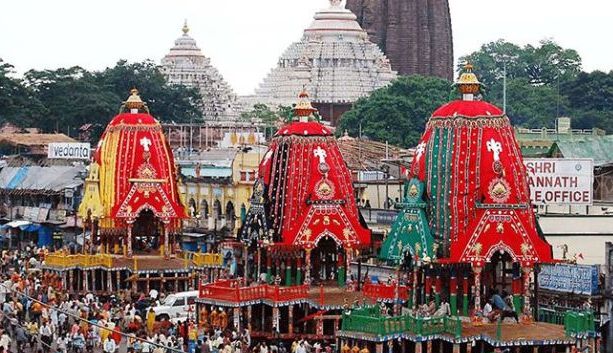 Nation First News:  After nine days of stay at their aunt’s place, Lord Jagannath, Lord Balabhadra and Devi Subhadra returned to their abode on Friday.

The Bahuda Jatra concluded ahead of the schedule today.

The Suna Besha of the Deities will be held tomorrow. It observed on the day after the return of the Deities from Gundicha Temple when the deities, on their chariots itself done the golden attire.