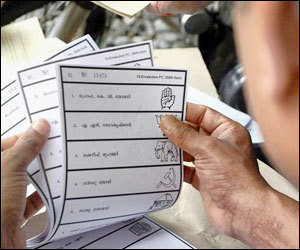 Nation First News: We all know that BJD has maintained a lead in Lok Sabha Polls in Odisha by winning 12 out of 21 seats, while BJP managed to win 8 seats. The Congress had to be content with 1 seat. However, an analysis of the results gives a clear indication that BJP has swept the polls by winning 20 out of 21 seats when it comes to postal ballots.

The EC had separate vote counts for postal and EVM. Although the postal vote count is very very less as compared to EVMs, the message is loud and clear. Most Government Employees have given a big thumbs up to BJP by rejecting the BJD. Barring Nabarangpur Parliamentary Constituency, where Pradeep Majhi (Congress) took the lead, BJP won the battle of postal votes in all other 20 constituencies.