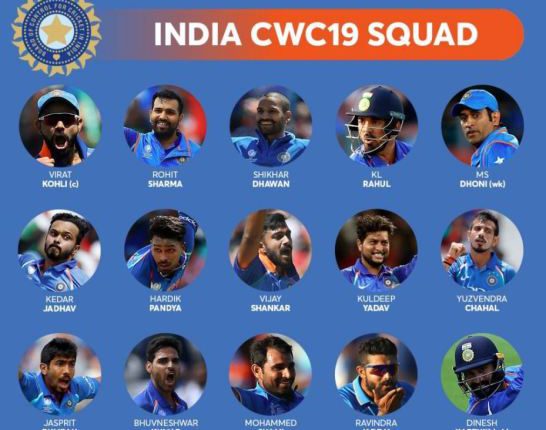 NF Bureau:  The Board of Cricket Control in India (BCCI) has announced India’s Squad for the 2019 ICC Cricket World Cup, which is going to kick off in England from May 30.

India has gone in with three spinners and three pacers.

The Indian squad for the World Cup is as follows:-