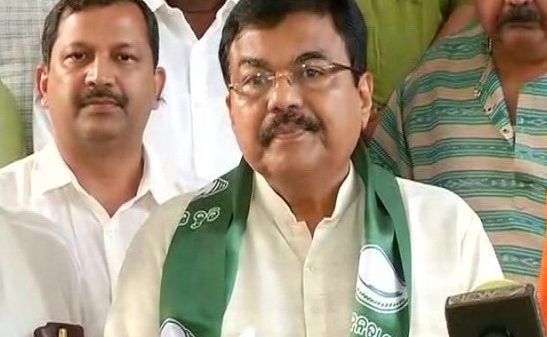 According to sources in BJD, 5 out of 6 BJD MLAs in Bhubaneswar Parliamentary Constituency along with former MP Prasanna Patasani are under the scanner. They have been denied entry to Naveen Niwas as per the buzz.

While all BJD Candidates in Bhubaneswar Lok Sabha Constituency (with the exception of Jatni where Congress leader Suresh Routray won) registered comfortable win, Arup Patnaik received less number of votes in those segments. While he received only 169 votes less than Aparajita Sarangi in Bhubaneswar-North & high number of votes in Jayadev, in all other Constituencies, the loss margin was much higher, which shocked the BJD Strategists.

Reports of internal sabotage have been reported from Ekamra-Bhubaneswar assembly segment where MLA Ashok Panda polled over 75,000 votes (& won by over 28,000 votes), but MP Candidate Arup Patnaik secured just 58,925 votes, giving a lead of 10,984 votes to BJP. Arup Patnaik also got 13,560 votes less in Bhubaneswar-Madhya although Ananta Narayan Jena won against a formidable candidate Jagannath Pradhan by over 11,000 votes.

In Jayadev, Arup Patnaik got a lead of 26,616 votes over Aparajita Sarangi. But, unprecedented results in Ekamra-Bhubaneswar & Bhubaneswar-Madhya hurt him the most and he lost by 23,839 votes.

It is believed that many BJD Corporators in Ekamra-Bhubaneswar & Bhubaneswar-Madhya worked against Arup Patnaik defying the party’s directive. All of them may pay a heavy price in upcoming BMC elections as party may deny ticket to them.

According to sources in BJD, a decision has been taken to compensate Arup Patnaik. Four options are being talked about. They include:

It would be interesting to see what action will be taken against the MLAs if they are found guilty of internal sabotage and how Arup Patnaik will be compensated for the loss.