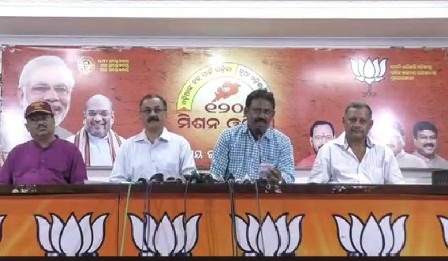 President of BJP’s State Ex-Serviceman cell, Colonel Birendra Bastia termed the incident as a disgrace to the Nation, saying any insult to the martyrs of the country, won’t be tolerated by the people.