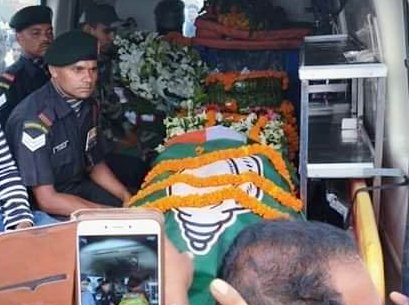 Nation First News:  The Biju Janata Dal (BJD) has suspended 3 workers from the party for putting party flag on the coffin of Veer Jawan Ajit Kumar Sahoo. The decision was taken following a probe conducted by the party.

The suspended BJD workers have been identified as Binod Kumar Majhi, Santosh Kumar Sahu and Govardhan Das from the party. All hail from Cuttack District.