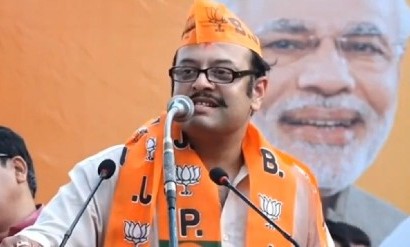 Managing Director of Ruby Group, Rishav Nanda, was lobbying for a BJD ticket from Begunia-Bolagarh assembly constituency, where the party is already facing intense infighting. His request was ignored as the party already has several stalwarts in this seat. That forced him to join the BJP.

It can be recalled that Prashanta Nanda had started his political career with BJP and even was a Minister during BJD-BJP coalition era in 2000-2004. However, he was unceremoniously sacked and quit BJP later. Prashanta won in 2009 on NCP ticket. But, all four NCP MLAs later joined the BJD and Nanda grew by stature within the party.