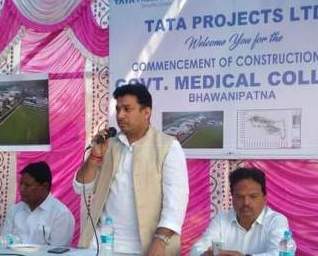 NF Bureau: Kalahandi MP Arka Keshari Deo, who had offered to resign after being denied a ticket in 2019 polls in favour of Pushpendra Singhdeo, has patched up with the party leadership following a meeting with CM and BJD President Naveen Patnaik today.

Arka along with wife met Naveen Patnaik. “There are no differences. We are in BJD. I won’t contest the polls, but will work for the party,” said Arka after coming out of Naveen Niwas. His wife also downplayed Arka’s outburst two days ago, saying everything is alright now.

Pradipta Naik clarifies; says he will remain with BJP