While releasing the manifesto, Amit Shah has lashed out at the BJD Government and CM Naveen Patnaik for ignoring the interest of people of Odisha. He accused the CM of inefficiency and incompetency, saying he has given tickets to accused in chit fund and mining scams.

“BJD has given worse governance than the Congress in Odisha despite getting huge mandate for four consecutive terms. Naveen Babu has forgotten the basic rules of democracy and left the governance to Babus. He has back stabbed anyone who has emerged as an alternative to him in Odisha politics,” said Amit Shah.

“Odisha is run by Bureaucrats. Naveen Patnaik is just a mascot. His Babu is spreading a theory that Modi is fine at Centre, but Naveen is the right choice is in Odisha. But, I want to tell him that change will happen this time Odisha too”, Shah said.

The party has identified 9 areas for development of a New Odisha.

– Implementation of PM Kisan Yojana
– Focus on Development of Poor
– PESA or Provisions of the Panchayats (Extension to Scheduled Areas) Act to implemented within 3 months
– Interest-free loan to Farmers
– Capital Punishment to Rapists of Girls below 15 years of age
– House, Water, Health, Electricity to All by 2022
– Strict Action against Chit Fund Looters
– Focus on Industry, Education, Employment
– Metro Rail line between Bhubaneswar and Cuttack
– Puri to become Cultural Capital of India
– All vacant posts to be filled up in two years
– At least one person of every household to get job/self-employment
– Ensure Odisha gets a place in Top 5 in Ease of Doing Business
– A Knowledge Hub to be established in Bhubaneswar
– B.Ed. College in Every District
– Rs 2,000 Crore Revolving Fund for Rs 3 lakh interest-free loan to Women SHGs
– All pending loans of Women SHGs to be waives
– Rs 15,000 Salary for Anganwadi Workers; Rs 9,000 salary for Helpers
– Rs 1 lakh crore fund for Irrigation
– Pension for Farmers
– 24×7 power and water supply to all houses
– 15 Ports in Coastal Odisha
– All 30 districts to be linked via rail lines
– Medical Colleges in all districts
– Zero tolerance towards corruption, end of PC Culture
– Complete ban on illegal mining; strong action against mining mafias
– Strict implementation of Governance in Odia language
– Baxi Jagabandhu Memorial at Barunei, Khurda
– ‘Pujari Bandhu’ Yojana to give assistance of Rs 1,000 to Priests of all religious places including tribal worshiping places. 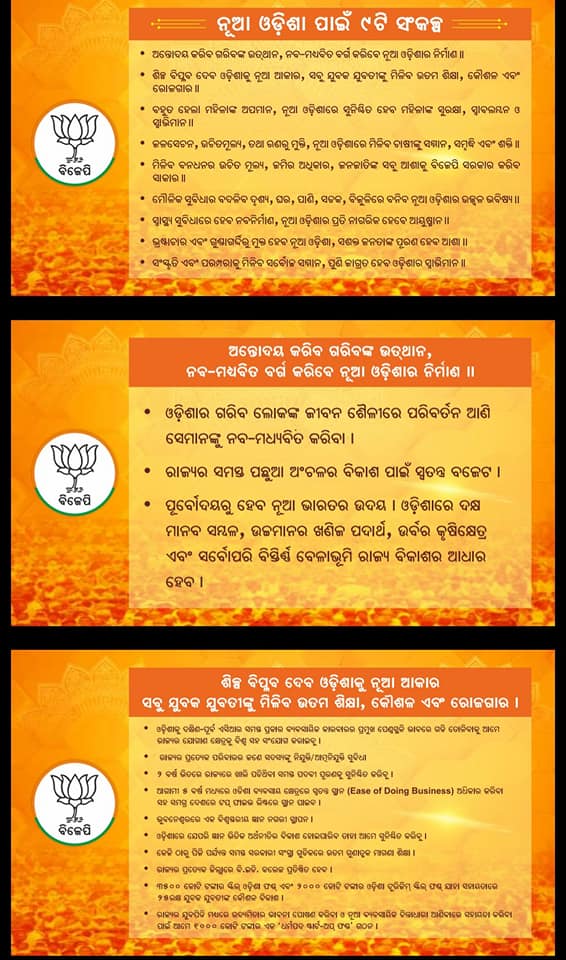 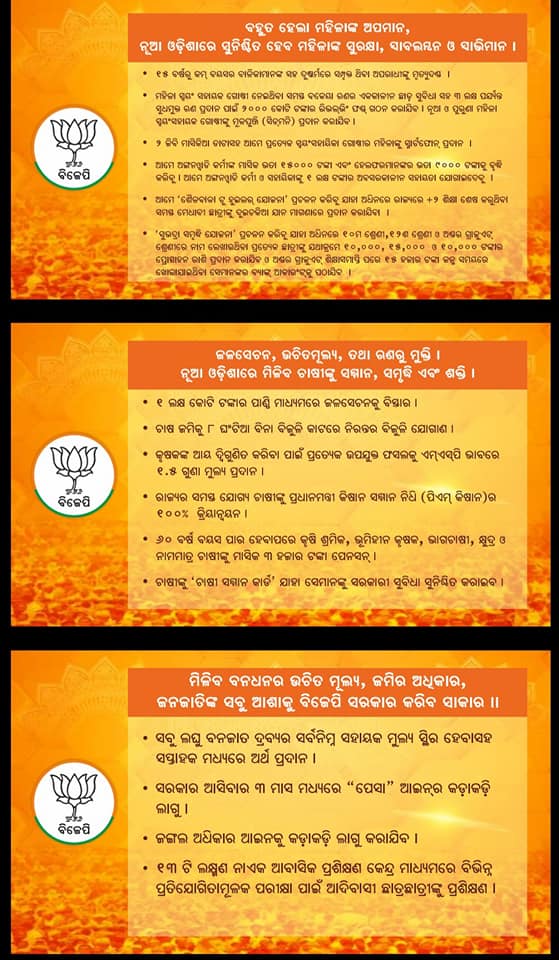 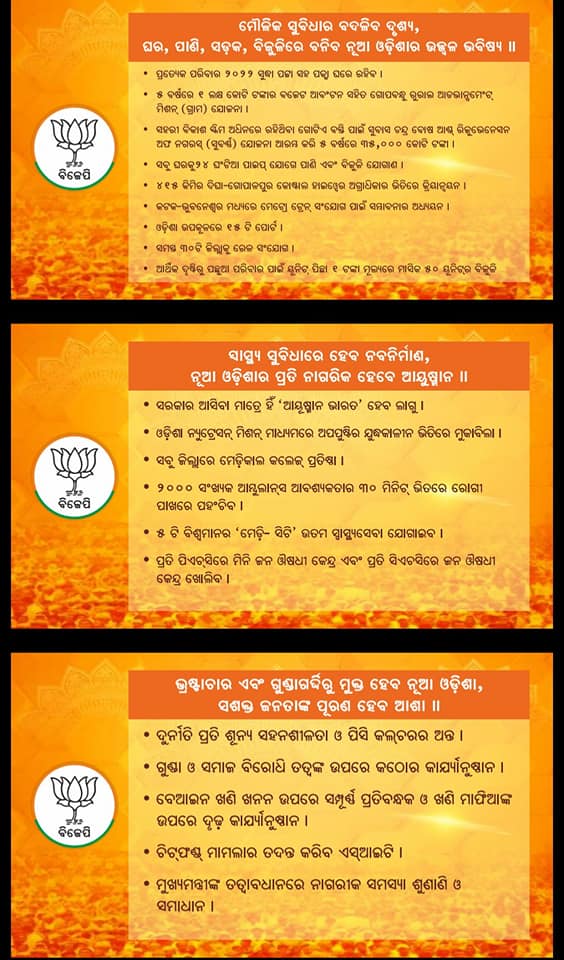 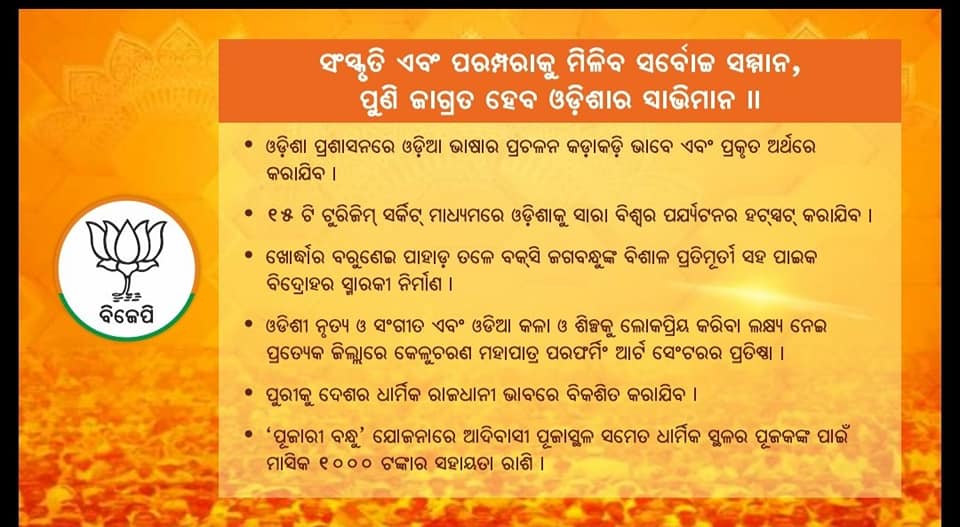