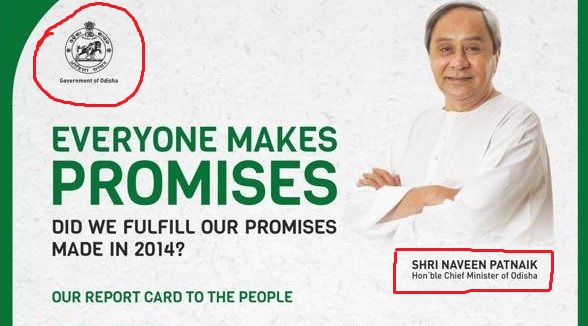 NF Bureau:  The Bharatiya Janata Party (BJP) has moved the Chief Electoral Officer (CEO) of Odisha against ruling-BJD’s Poll manifesto as it carried the Government logo & website, which is a violation of the poll code. 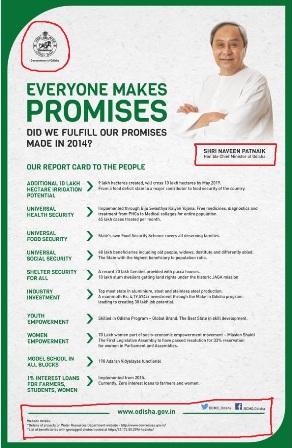 Worth mentioning that BJD President Naveen Patnaik on Tuesday released party manifesto for upcoming elections, in which name of the Chief Minister, Odisha Government logo & Website address were mentioned.

Speaking to reporters, BJP’s State Vice-President Samir Mohanty said that saffron party will file an FIR against the CM as he has violated the Model Code of Conduct.