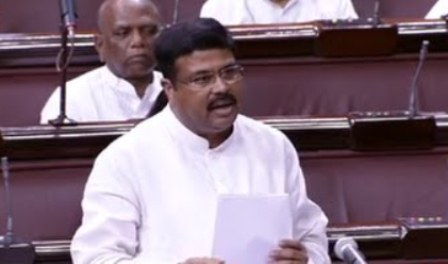 Nation First News:  The Union Minister for Petroleum and Natural Gas Dharmendra Pradhan on Monday said that during the ethanol supply year 2017-18, 150.5 crore litres of ethanol was blended in Petrol which resulted in foreign exchange impact of about Rs. 5070 crore and carbon emission reduced to the extent of 29.94 lakh tonnes.

While responding to a question Pradhan in a written reply in the Lok Sabha said, the National Policy on Biofuels-2018 approved by the Government envisages an indicative target of 20% blending of ethanol in petrol and 5% blending of bio-diesel in diesel by 2030.