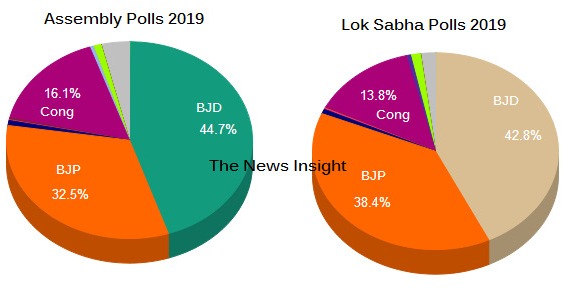 In 2014 Lok Sabha Polls, BJP had secured just 21.5% of the total vote share in Odisha, but in 2019, its vote share has gone up by 17% to 38.4%. This is definitely huge gain, but it needs to work hard to eat into Congress and BJD votes more to win more than 50% of the total seats. BJD’s vote share witnessed a decline of just 1.3% and that’s the reason the party still won 12 out of 21 seats. Congress has been on a sharp decline in the State as the trend proves.

Top Leaders who bite the dust in 2019 Odisha Assembly Polls