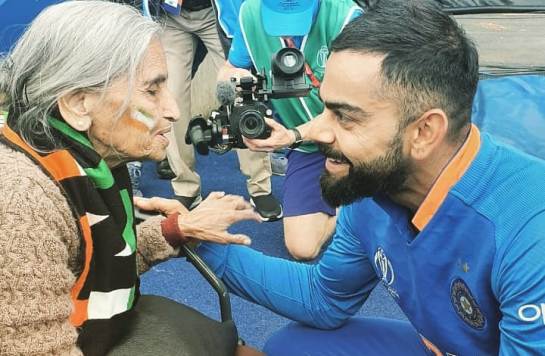 An octogenarian fan who has stolen the limelight with her sheer enthusiasm and attracted all the cameras during India’s World Cup match against Bangladesh, spoke to both the players for a long time and ended conversation by blessing, hugging and kissing them.

After the team’s win against Bangladesh, Virat Kohli tweeted an image with Charu Lata Patel, thanking her for her love & support and saluting her passion and dedication as a fan.

India storm into Semifinals of CWC 2019; Bangladesh out of World Cup