CRPF not to celebrate Holi in memory of Veer Jawans 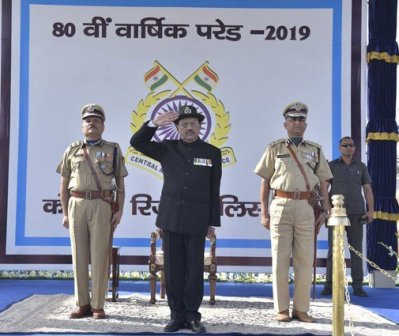 NF Bureau: The Central Reserve Police Force (CRPF) has decided not to officially celebrate Holi this year as a mark of respect to its 40 Jawans who were ‘killed in action’ on February 15 in a suicide attack in Pulwama in Kashmir.

CRPF DG has confirmed that they had eliminated 210 terrorists in 2018. Addressing the 80th raising day of the Central Reserve Police Force (CRPF) today, NSA Ajit Doval said India has not forgotten and will not forget the terror attack in Pulwama and will hit Pakistan hard.

The CRPF observed 80 years of its raising today. With about 3 lakh personnel and 246 operational battalions today, CRPF was raised during the British rule in 1939. It was created as Crown Representatives Police, but later renamed as CRPF in 1949.

BJP to drop all 10 Sitting MPs in Chhattisgarh