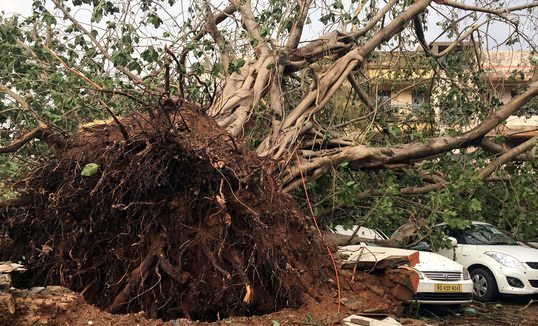 Nation First News:  As the city is celebrating World Environment Day on Wednesday, the Bhubaneswar Development Authority (BDA) and Bhubaneswar Municipal Corporation (BMC) has decided to plant over 27000 Saplings in Bhubaneswar.

Under the plantation micro plan, the saplings will be planted in phase wise manner.

Worth mentioning that over one million trees that provided green cover to the Odisha Capital have been felled due to Cyclone Fani and caused severe environmental damage in the city. The challenge ahead for the State Government and the city authorities to initiate a large-scale plantation drive.