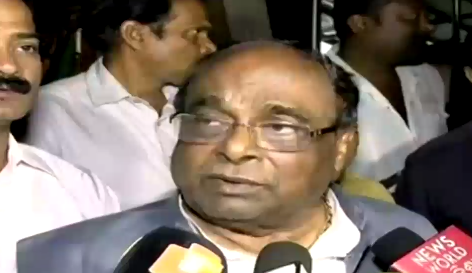 NF Bureau: Veteran leader Dr. Damodar Rout is all set to join the Bharatiya Janata Party, if we believe the sources within the party. Speculations are rife after Damodar Rout was seen meeting senior BJP leaders, including KV Singhdeo.

Dr. Damodar Rout was inching closer to the Congress after his plan to give a new political alternative in the state fell flat. He always took an anti-BJP stand and has been very critical of PM Modi and Union Minister Dharmedra Pradhan.

However, as the Odisha BJP is planning to go aggressive to pose a serious challenge to the ruling BJD in the State, they feel Dr. Damodar Rout has the voice and ammunition to help their cause. The tirade launched by Dama Rout against the BJD Govt, had put them on a back foot.