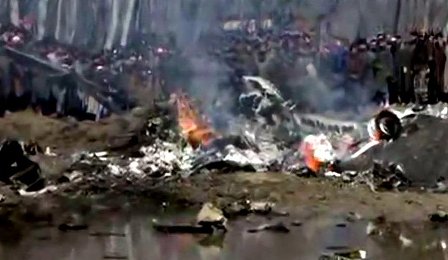 NF Bureau: At least one civilian and 6 IAF personnel were among the 7 people that died in the Mi-17 Transporter Helicopter crash that occurred near Garend Kalan village in Jammu and Kashmir’s Budgam this morning.

Technical snag was cited as the reason behind the crash. Earlier, it was reported that a civilian and two pilots were killed in the crash, but the toll was higher as it turned out to be later.

A court of inquiry has been ordered into the incident to ascertain the cause of the crash.