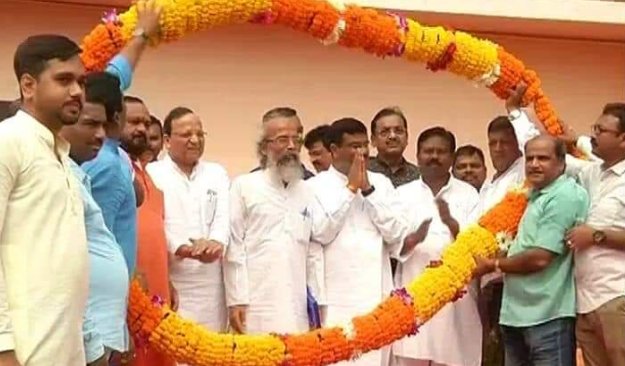 Nation First News:  Union Ministers Dharmendra Pradhan and Pratap Chandra Sarangi were accorded rousing welcome by thousands of supporters and karyakartas on their arrival in Bhubaneswar on Saturday.

This is the first time they arrived in Odisha after taking charge as Union Ministers. Odisha BJP In-charge Arun Singh and party’s state unit president Basanta Panda accompanied the duo. 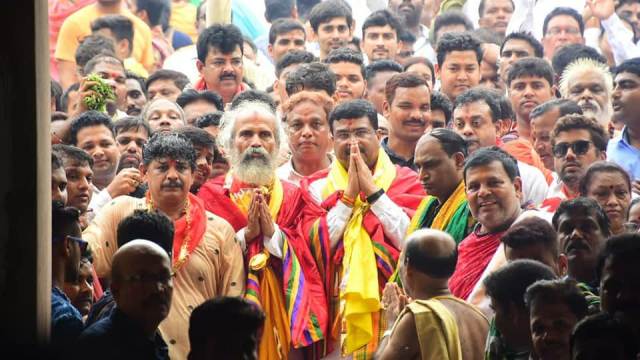 The Union Ministers visited the  Pilgrim City Puri today and seek the blessings of the Holy Trinity at the Srimandir.

At evening, both the Ministers will attend the Sambhardhana programme at the Exhibition Ground in Bhubaneswar, which is being organised by the BJP to felicitate newly elected MPs from Odisha as well as Ministers. 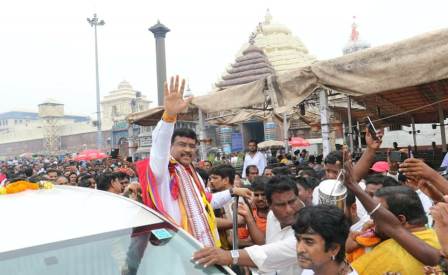