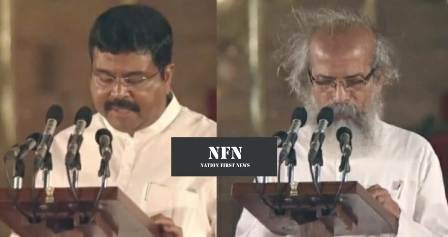 Nation First News: BJP stalwart Dharmendra Pradhan, who held the Petroleum & Natural Gas (P&NG) and Skill Development & Entrepreneurship portfolios in the previous government, has been inducted into the Modi Cabinet yet again. Dharmendra led the BJP win 8 put of 21 Lok Sabha seats in Odisha – a gain of 7 seats from 2014. BJP also pipped the Congress to become the main opposition party in Odisha with 23 seats in Odisha Assembly – a gain of 13 seats as compared to 2014 polls.

Balasore MP Pratap Sarangi, who is hailed as a ‘Karma Yogi’ and ‘Odisha’s Modi’ also took oath as a Minister of State (MoS). Pratap Sarangi defeated former MP Rabindra Jena in his seat.

Although Jual Oram had been part of all BJP-led NDA governments at the centre in the past, he lost his chance for the first time. It is believed that his portfolio -Tribal Affairs, will go to former Jharkhand CM Arjun Munda. Name of Aparajita Sarangi was doing the rounds, but she failed to make the cut. 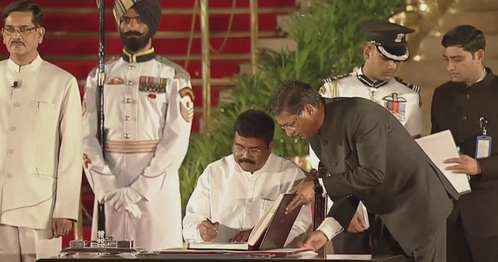 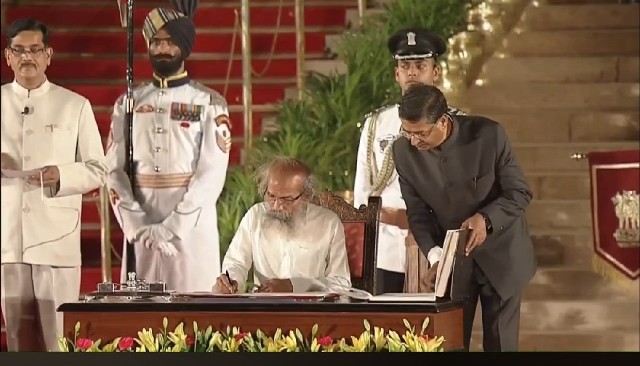