Dharmendra thanks Piyush Goyal for keeping his Request

Pradhan on Monday thanked Railways Minister Piyush Goyal for acceding to his request of running two separate trains between Bhubaneswar-Jagdalpur-Bhubaneswar and Bhubaneswar-Junagarh-Bhubaneswar for the convenience of the people.

Pradhan had earlier written to Goyal requesting running of two independent trains — Bhubaneswar-Jagdalpur-Bhubaneswar and Bhubaneswar-Junagarh-Bhubaneswar to provide better connectivity to passengers travelling to and from Odisha. 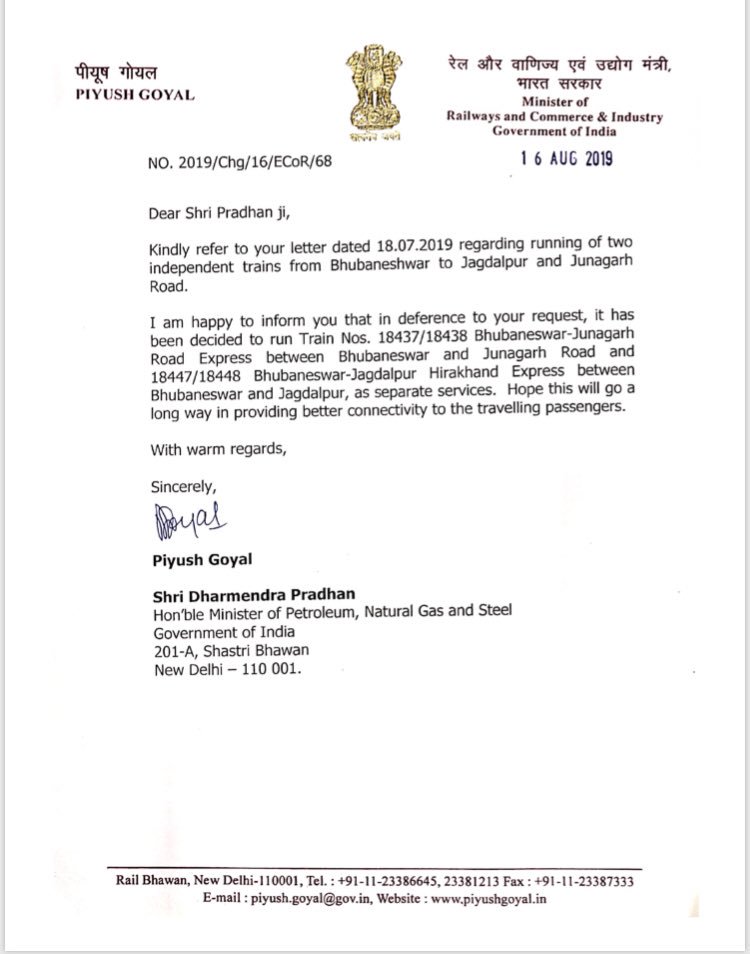