For Odisha’s Development, Chowkidar is always there, says Modi in Jeypore 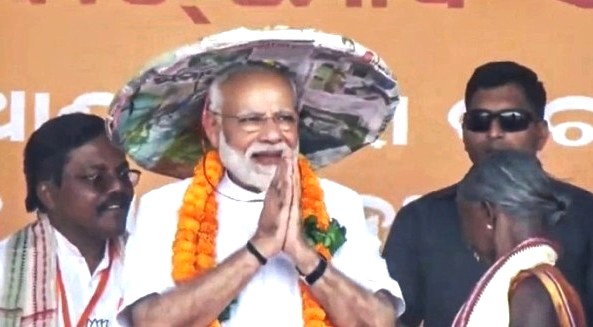 NF Bureau:  With a few days to go for General elections, Prime Minister Narendra Modi on Friday started BJP’s electoral campaign in Odisha with a public rally at Jeypore in Koraput district.

Addressing BJP’s Vijay Sankalp Samabesh in Jeypore, Modi asked “Can those who are involved in Chit fund scam, working with mining mafia and deprived tribals of their rights and resources make Odisha strong?

The Prime Minister congratulated scientists from Odisha, who witnessed country’s ability in space two days ago. 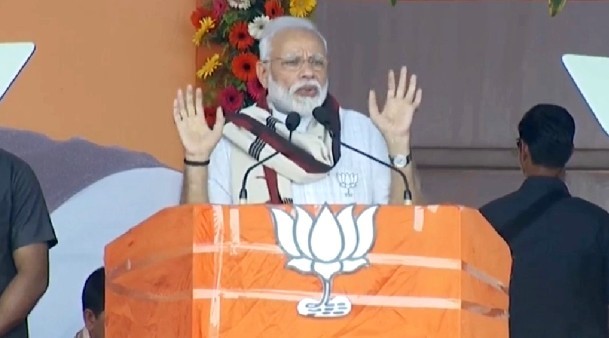 Addressing the public gathering PM Modi said, “Give us a chance & see the transformation. This Chowkidar is always there for your safety & well-being.”