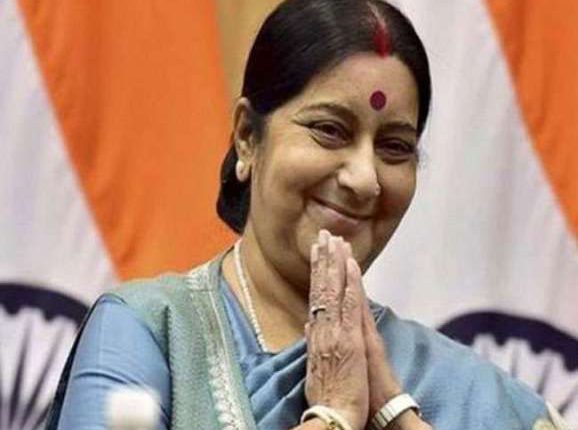 ﻿Nation First News:  Former External Affairs Minister Sushma Swaraj breathed her last on Tuesday at AIIMS in New Delhi after she suffered a massive heart attack. She was 67. She was brought to AIIMS at 10:20 PM.

Just 4 hours ago, Sushma Swaraj has tweeted on Jammu and Kahshmir (Reorganisation) Bill, 2019.

She has thanked Prime Minister Narendra Modi for the goverment’s decision to end the special status for Jammu and Kashmir and surprisingly tweeted Thank you Prime Minister. “Thank you very much. I was waiting to see this day in my lifetime”.

Sushma Swaraj was serving as the Minister of External Affairs of India from 26 May 2014 to 30 May 2019 and she was she was the second woman to hold the office, after Indira Gandhi.

At the age of 25 in 1977, she became the youngest cabinet minister of Haryana.