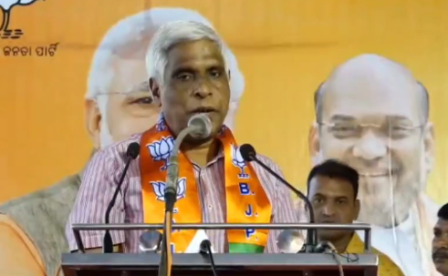 “The corrupt and tainted Government in Odisha must change,” said Prakash Mishra after joining the BJP.

Former Jaleswar MLA Debi Prasanna Chand and former Laikera MLA Brundaban Majhi also joined the party today. Both Debi and Brundaban resigned from the Congress and BJD respectively after the denial of tickets in 2019 polls.

Prakash Mishra is believed to be a good choice for BJP, which is building its anti-corruption image in the state. He was earlier supposed to join the party in November 2018. However, things got delayed for some unknown reasons.

Prakash Mishra did a fair job as the DGP of Odisha. However, he was unceremoniously sacked for failing to toe the government line. 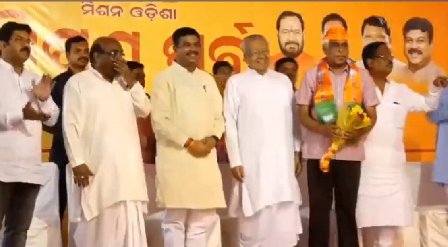 Later, a vigilance case was slapped against him to block him from becoming the CBI Director. He was later appointed as the CRPF DG and retired in 2016. Prakash Mishra is all set to contest from Cuttack Parliamentary Constituency. 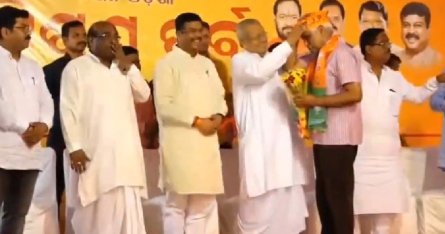 PM Modi to visit Odisha on March 29 and April 1