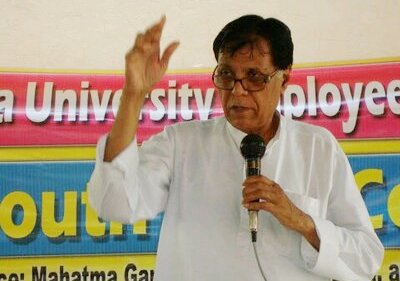 Nation First News:  Veteran Socialist Leader and former Sambalpur MP Bhabani Shankar Hota has urged the Odisha Government to consider a proposal for an elevated Railway Corridor from Bargarh to Jharsuguda via Burla.

“The State Government of Odisha should think and plan for elevated Railway corridor from Bargarh to Jharsuguda via Burla, Sambalpur so that it would not only be convenient for travelling public but air, noise pollution would be drastically reduced.”

“I can assure the State Government and also the Union Government that the cost of construction can be recovered within seven years when it is operationalised.”

No Toll Fee at Pipili Toll Gate during Ratha Jatra – 2019