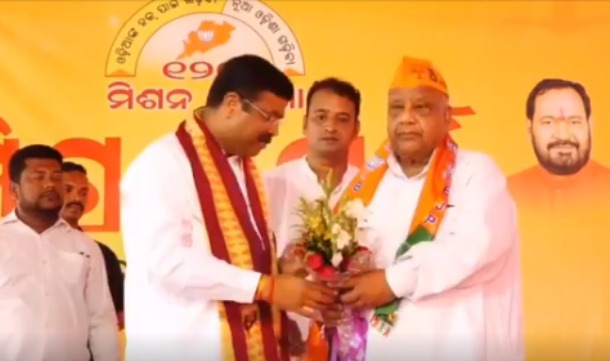 NF Bureau:  With two days to go for the first phase Lok Sabha and Assembly elections in Odisha, senior BJD leader and former MLA Rabi Narayan Pani who resigned from the primary membership of the party on Sunday, joined the Bharatiya Janata Party (BJP) in presence of Union Minister Dharmendra Pradhan today.

Rabi Pani was a Lok Sabha MP from Deogarh from 1989 till 1991 (Janata Dal). Pani had defeated BJP candidate and Union Petroleum Minister Dharmendra Pradhan in the race for Pallahara Assembly under the Deogarh Parliamentary constituency in 2009 and became an MLA from 2009 till 2014.

He was also the Government Chief Whip in the Assembly.