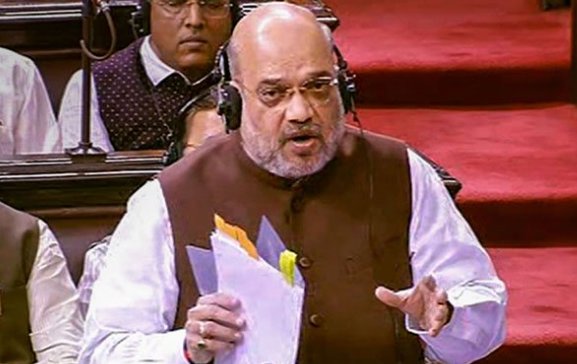 Nation First News:  In a historic move, Prime Minister Narendra Modi-led NDA Government on Monday announced the revocation of Article 370 of the Constitution which grants special status to Jammu and Kashmir.

President of India, Ram Nath Kovind, has signed this notification. However, it yet to be ratified by the Parliament.

Mobile and Internet services have been suspended across the Kashmir Valley to maintain law and order situation.

Prime Minister Narendra Modi will address the Nation on August 9. Differences of opinion will be taken into account by the Government, before taking a final decision. 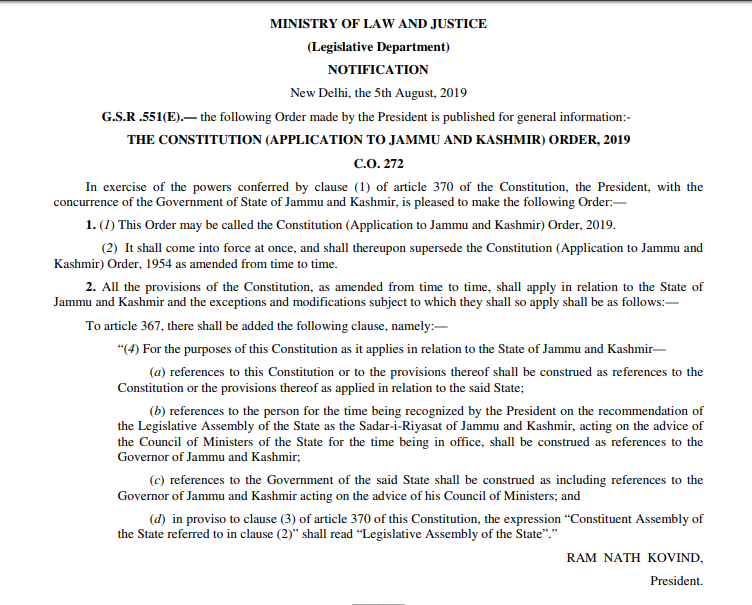 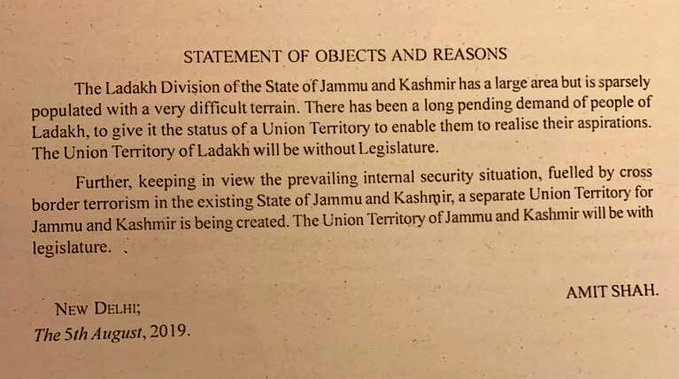