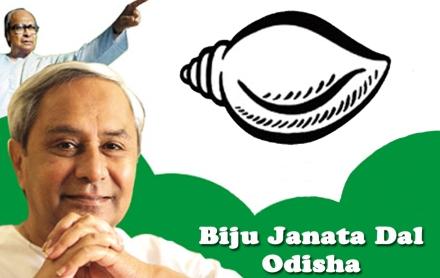 Nation First News:  Paralakhemundi is one Assembly Constituency where BJD’s strategy went terribly wrong, as the party gave the seat to BJP on a platter. In a crazy decision, BJD gave the nod to a political novice Kalyani Gajapati, daughter of Parala Maharaja & former MP Gopinath Gajapati. In the process, the party ignored the claims of K Narayan Rao, who had won from this seat in 2009 and lost to K Surya Rao of Congress in 2014 by a narrow margin of 1,419 votes.

K Narayan Rao wasted no time in joining the BJP along with his supporters. He had built a strong organisation in Paralakhemundi Constituency and was not really dependent on BJD or Naveen Patnaik’s charisma. The BJD failed to acknowledge it. The BJP did not have a strong base here. In 2014 polls, the party had polled just 6,938 votes (5.1% of the total vote share). But, Narayan Rao gave the party a big boost.

Despite Narayan Rao’s efforts and strong organisation, the Paralakhemundi seat would have gone to Congress, but due to infighting within the party, they lost that opportunity. Independent Candidate (Congress Rebel) Tirupati Panigrahi dented the prospects of Congress candidate as sitting MLA K Surya Rao finished 4th.

K Narayan Rao secured 52415 votes, while Tirupati was the runners-up with 37,080 votes. BJD candidate Kalyani Gajapati could manage to get just 26645 votes. Surya Rao had to be content with 24,040 votes.

The BJD also committed such errors in Sundargarh where Kusum Tete was ignored. Tete joined the BJP and won the seat. In Puri Assembly seat too, the party ignored the claims of Jayanta Kumar Sarangi, who later joined the BJP and emerged as a giant killer as he ended the winning streak of Maheswar Mohanty.