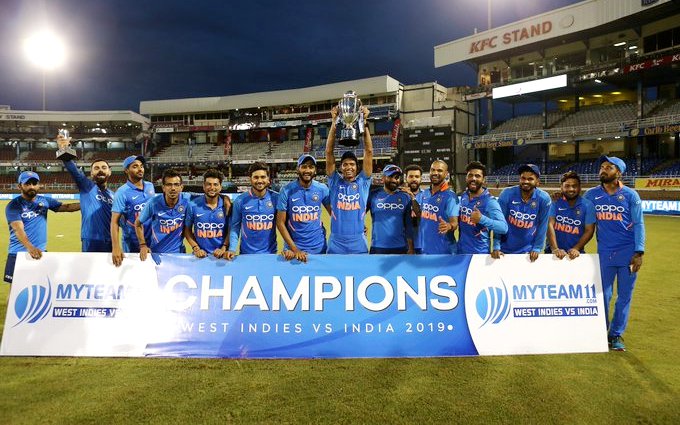 Nation First News:  With his second consecutive hundred in the series – 43rd ODI ton, Virat Kohli powered India to a 6-wicket victory in the 3rd ODI. With this, India won the series 2-0.

The revised target (D/L) for India was 255 from 35 overs. They chased it in 32.3 overs by losing 4 wickets. Virat Kohli remained unbeaten on 114. Shreyas Iyer scored 65, while Dhawan made 36. Fabian Allen took two wickets for West Indies.