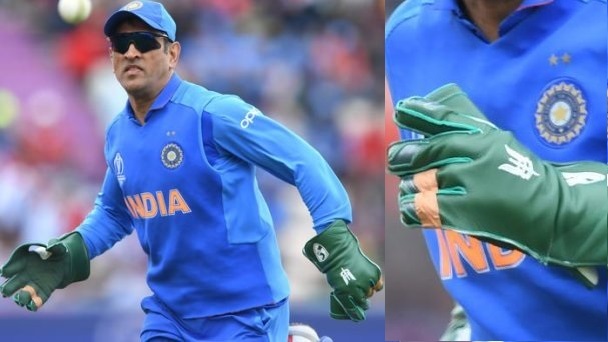 Nation First News:   A day after asking MS Dhoni to remove Army insignia from his wicketkeeping gloves, the International Cricket Council (ICC) today hinted that it may allow the former India Captain to have the Army insignia logo on his gloves, if MS Dhoni and BCCI convince them that the “balidaan badge” does not have any political, religious, or racial message.

With all Indians coming out in support of former India skipper M.S. Dhoni after the International Cricket Council (ICC) asked him to remove the ‘Balidaan Badge’ (Army insignia) from his wicketkeeping gloves, the Board of Control for Cricket in India (BCCI) had earlier requested the ICC to allow Dhoni to have the logo on his gloves.

When lot of people appreciated the gesture of MS Dhoni wearing the dagger insignia during India’s opening World Cup game against South Africa on Thursday, the ICC asked Dhoni to remove them from his gloves.

While many Indian cricket fans called for an ICC Cricket World Cup boycott if ICC’s directive wasn’t withdrawn, Twitterati backs Dhoni #DhoniKeepTheGlove as the top trend on the micro-blogging website.